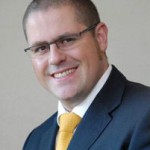 Hello and Welcome to John’s Blinds

I’m Steven Baisden, the MD of John’s Blinds Limited. We (Suzy and I) run a family business retailing made to measure blinds for both domestic and commercial customers.

We take pride in our business and we have spent time tailoring our services, employing great, knowledgeable, friendly staff to make sure we give our clients the best experience possible. This is something that I’m very proud of and continually develop.

We took over the business on 15th November 2008 from my Father-in-Law John Margrain. My statement on that day still stays true today. Within 10 years I want to make John’s Blinds a household name. Not just a name but a service, an experience, given by trusted, friendly, helpful and knowledgeable employees that have grown with the business.

We have built some amazing relationships with suppliers in such a short space of time that I am confident, moving forward we will grow and expand but still be able to offer all of our customers exactly the same experience that they receive now.

I am proud of what we have done in such a short space of time and with our plans in place, it will not be long before you see a John’s Blinds van down your street.

A little bit about us…

“I like the dreams of the future better than the history of the past.” ~ Thomas Jefferson

Keep it in the family

We are a family business, second generation, and you can find our humble beginnings rooted in Romford Market. Started in 1975 by John and  Janet Margrain, they run their business successfully for decades based in Romford and the surrounding areas. “I can still remember when there used to be livestock in the Market” John Margrain recalls

Over the years Janet and John (really, no pun) built a great customer base with the business being based on word of mouth and returning customers.

When I was a teenager, Romford Market was the place to go and was always buzzing on a Saturday.  A trip to Mintz & Davies, next to Woolworths, followed up by a look in Beatties at the remote control cars always proceeded a walk through the Market. If we were lucky the day was completed with Pie and mash.

Cut to 2006 when Sue and I had our first born, Samuel.  Sue returned to work in the City of London whilst I started to work for John, a few days a week when Janet could look after our boy. I worked on the Market stall, learning the ropes from the beginning and on non-market days travelled with John installing blinds in homes.

In 2008 when Sue was pregnant with our second, Emily, John offered the business to us, as he was going to turn 65 in November and wanted to retire. We both agreed that it would be silly to let the business just fold, so we agreed to buy the business and build on the established reputation Janet and John had built.

And as the saying goes, the rest is History…